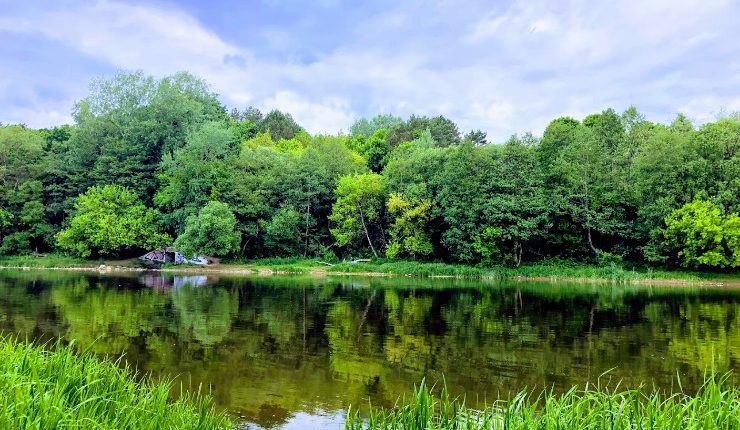 So as we can see, once we start using cgo virtual memory grows. Moreover for most users the switch to cgo happens automatically, once they import net package or any package net‘s child package (like http).

I found a lot of documentation on how cgo calls work inside actualstandard library code. For example looking into cgocall.go, you will find, really helpful comments:

To call into the C function f from Go, the cgo-generated code calls runtime.cgocall(_cgo_Cfunc_f, frame), where _cgo_Cfunc_f is a gcc-compiled function written by cgo.

runtime.cgocall (below) calls entersyscall so as not to block other goroutines or the garbage collector, and then calls runtime.asmcgocall(_cgo_Cfunc_f, frame).

_cgo_Cfunc_f invokes the actual C function f with arguments taken from the frame structure, records the results in the frame, and returns to runtime.asmcgocall.

After it regains control, runtime.asmcgocall switches back to the original g (m->curg)’s stack and returns to runtime.cgocall.

After it regains control, runtime.cgocall calls exitsyscall, which blocks until this m can run Go code without violating the $GOMAXPROCS limit, and then unlocks g from m.

The above description skipped over the possibility of the gcc-compiled function f calling back into Go. If that happens, we continue down the rabbit hole during the execution of f.

The comments go even deeper about how go implements a call from cgo to go. I encourage you to explore the code and the comments. I learnt a lot by looking under the covers. From these comments, we can see that behavior is completely different when Go calls out to C vs when it doesn’t.

Let’s build it and forward standard error output to a file:

Lastly, we can view the trace:

That’s it. Next time when I have weirdly behaving command line application I know how to trace it ? By the way if you want to trace web server, GO has httptrace packge, which is even simpler to use. Checkout HTTP Tracing blog post for more information.

So I’ve compiled this program and a similar program without any C statements and compared the traces using go tool trace. This is how the go native code looks:

There isn’t much difference between traces in cgo program & native go program. I’ve noticed that some stats are a bit different. For example, cgo program didn’t include Heap profile in trace section.

I explored a bunch of different views, but didn’t see any more significant differences. My guess is that Go doesn’t add traces for compiled C code.

So I decided to explore the differences using strace.

Just to clarify we will be exploring 2 programs, both of them are sort of doing the same thing. The same exact programs, just go tracing removed.

To strace those programs, build them and run:

-f Trace child processes as they are created by currently traced processes as a result of the fork(2), vfork(2) and clone(2) system calls.

As we saw previously cgo programs load libc & pthreads C libraries in order to perform their work. Also, as it turns out, cgo programs create threads differently. When a new thread is created, you would see a call to allocate 8mb of memory for Thread stack:

After stack is setup, you would see a call to clone system call, which would have different arguments than a typical go native program:

IF you are intresetd what those arguments mean, check out their descriptions below (taken from clone man pages):

After a clone call, a thread would reserve 128mb of ram, then unreserve 57.8mb and 8mb. Take a look at the strace section below:

Now this totally makes sense. In cgo programs we saw around 373.25 MiB virtual memory and this 100% explains it. Even more it actually explains why I haven’t seen the memory mappings in /proc/PID/maps in the first part of the article. It’s threads reserving the memory and they have their own PIDs. In addition, as threads do a call to mmap, but never actually use that memory region, this won’t be accounted in resident set size, but would be in virtual memory size.

Let’s do some napkin calculations:

There was 5 calls to clone system call in strace output. This reserves 8mib for stack + 128 MiB, then unreserves 57.8 MiB and 8 Mib. This ends up in ~70 MiB per thread. Also one thread actually reserved 128 MiB but didn’t unmap anything and another one didn’t unmap 8 MiB. So the calculation looks as follows:

Additionally let us not forget that there is some additional memory reservations on program initialization. So + some constant.

Obviously it’s super hard to figure out at which point we sampled the memory (executed ps), i.e. we could have executed ps only when 2 or 3 threads were running, memory could have been mmaped but not released, etc. So, in my opinion this is the explanation I was looking for when I originally started the Go Memory Management blog post.

If you are interested what those arguments to mmap mean, here are the definitions:

MAP_ANONYMOUS – The mapping is not backed by any file; its contents are initialized to zero.
MAP_NORESERVE – Do not reserve swap space for this mapping.
MAP_PRIVATE – Create a private copy-on-write mapping. Updates to the mapping are not visible to other processes mapping the same file, and are not carried through to the underlying file.

In go native code there were only 4 calls to clone system calls. None of the newly created threads did memory allocation (there were no mmap calls). Additionally there were no 8MiB reservation for stack. This is roughly how go native creates a thread:

Note the difference between go and cgo arguments for clone calls.

Additonally. in go native code you can clearly see the Println statement in strace:

What I love about native Go, is that strace output is way smaller and just easier to understand. There are generally less things happening. For instance strace for go native produced 281 lines of output, compared to 342 for cgo.

If there is something you can take away from my exploration is that:

If you take anything from this blogpost, please just don’t take that you need to build go programs with CGO_ENABLED=0. There are reasons that Go authors decided to do the way it’s done. And this behavior might change in future as it changed for Go 1.12.

That’s it for the day. If you are interested to get my blog posts first, join the newsletter. If you want to support my writing, I have a public wish list, you can buy me a book or a whatever ?.

Thanks for reading & see you next time!

View all posts by Povilas